Chattanooga is a city in the state of Tennessee with a population of 184,561. Living in Chattanooga offers its residents a mix of quiet, suburban living blended with fast-paced city life. This makes it one of the best places to live in Tennessee. The city is nestled between the Cumberland Plateau and the Appalachian Mountains. The great smoky mountains are also within reach of Chattanooga. 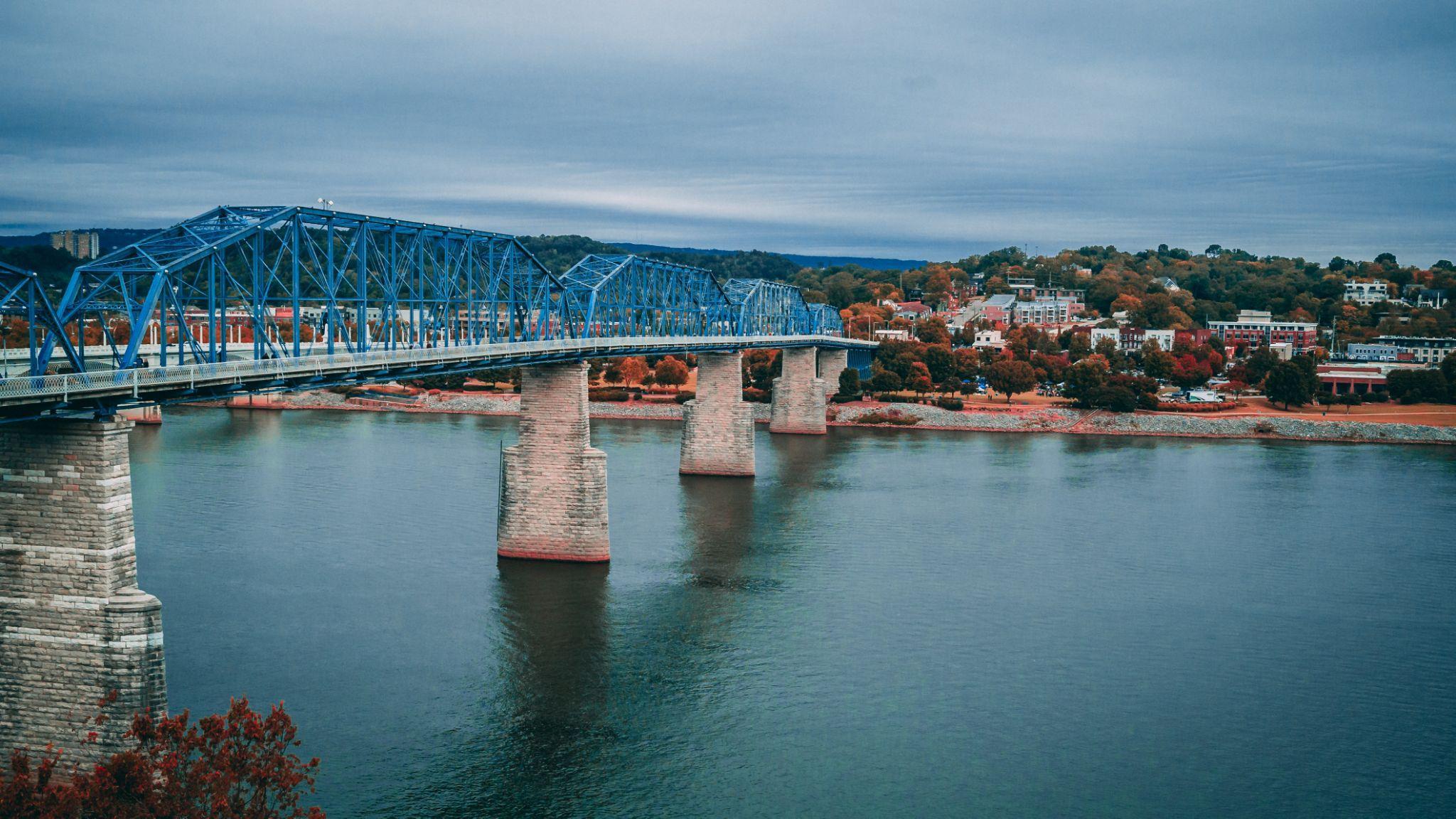 The city consists of 39 neighborhoods and suburbs with a median home price of $255K or $150 per square foot. The presence of major employers such as McKee Foods Corp, Volkswagen of America, ensures the residents have a steady income. Chattanooga’s cost of living is 3% lower than the national average while the utility prices are also lower by 6%.

Housing expenses are 2% higher than the US average median home price is about $352,205 while the median rent is $1,103 per month. Most residents own their homes.

Chattanooga is home to 13 magnet public and private schools that teach environmental science, math, fine arts, science, liberal arts, and technology. A number of charter schools, offer specialized curriculum to prospective students. Notable mentions include the University of Tennessee at Chattanooga and private institutions such as the Southern Adventist University.

Ruby Falls, located in Chattanooga, is the biggest underground waterfall in the United States. It is a 145-foot waterfall that is absolutely breathtaking and with both day and nighttime tours available, you have plenty of reasons to visit. There are hiking trails that lead to serene lakes, waterfalls, and scenic overlooks such as Signal Point, Signal Mountain offering views of the Tennessee River. The picturesque views of the rolling hills are year-round, but autumn is by far the loveliest time of year.

The Signal Mountain region doesn’t only glow with natural beauty, the area is also relatively safe to live in with low crime rates.

If southern comfort food and an authentic taste of country music sounds like something you’d want part of, we’d recommend relocating to the “Capital City of Country Music”. The city has a healthy economy and growing job market that is attractive to young professionals. With a booming craft beer scene and some of the best offerings of the Southern cuisine and entertainment in the entire state, moving to Nashville, Tennessee is for most people a dream come true. 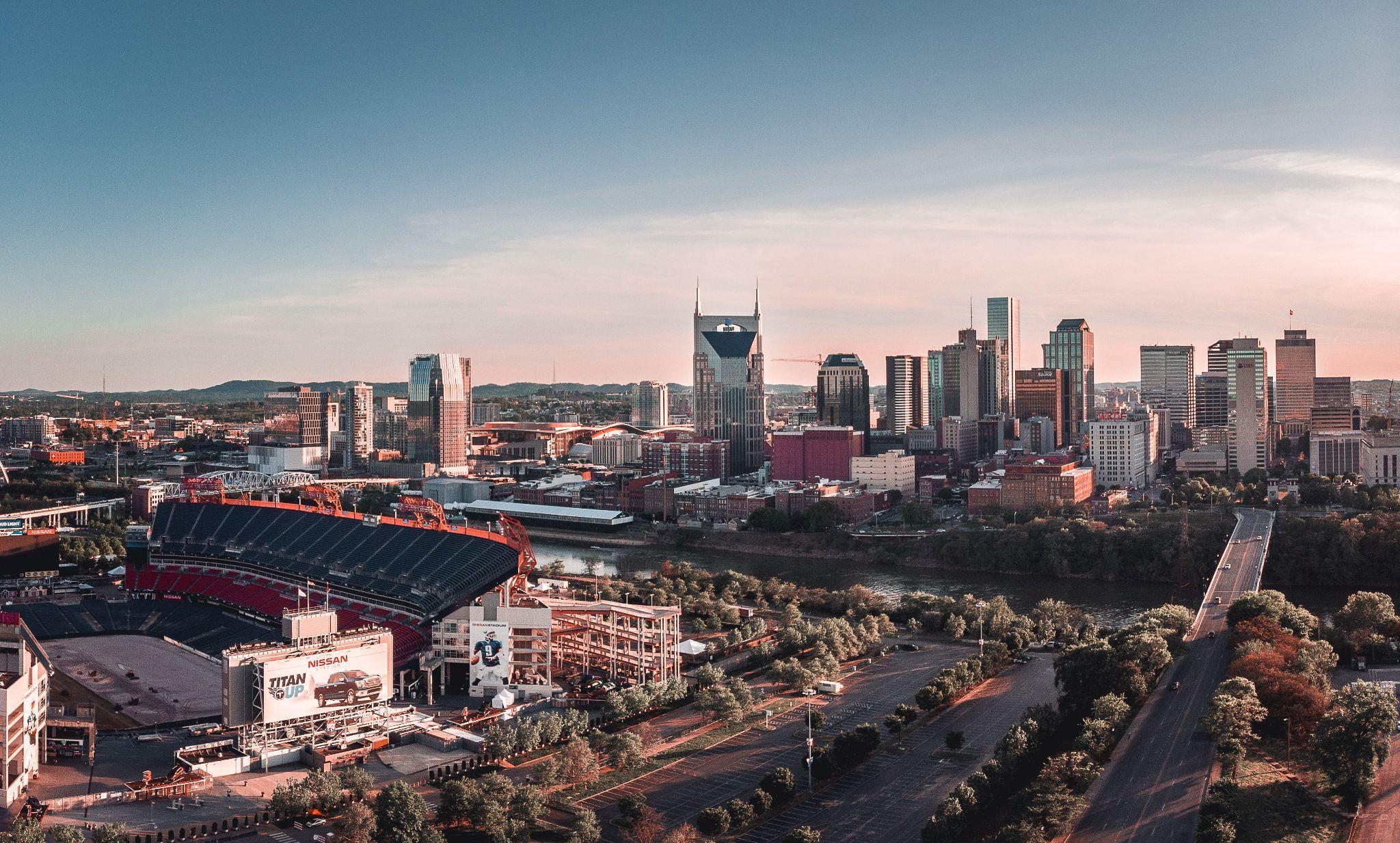 The cost of living in Nashville is 3% lower than the national average. Housing prices are 9% lower than the US average and utility costs are 10% lower. Music City has a low median monthly rent cost but as the city’s local economy continues to grow, living costs experience a steady rise over time. Nashville’s suburbs such as Spring Hill similarly offer low cost or affordable housing and living costs.

A 2019 ACS survey reported a per capita income of $37,696 in Nashville which is $6,472 higher compared to the median per capita income in Tennessee. It is worth noting that the Volunteer State doesn’t levy any state income tax on its residents and also offers occasional sales tax holidays. This leaves more money in their pockets for rent, utilities and recreation.

The state capital of Tennessee is home to several highly acclaimed public schools and private learning institutions. The city boasts some of the best-ranked public schools both at state levels and nationally. This is largely thanks to a school system that has consistently gone above and beyond to provide a superior education. Franklin County School District tops the list for having the best schools in the State of Tennessee.

Taylor Swift is an alumnus of Hendersonville High School located in Sumner County town. The county is a suburb of Nashville located on Old Hickory Lake.

The state capital is home to the oldest surviving recording studio. The historic RCA Studio B is a treasure trove of country music history you can’t afford to miss out on. You can take a stroll around downtown Nashville to sample any of several print shops, boutiques, and fine dining establishments.

The Volunteer State also offers plenty of outdoor activities with plenty of walking trails, urban amenities, and historical sites. The city is located on the banks of the Cumberland River. With more than 25 miles of shoreline along Hickory Lake, residents have plenty of water activities they can indulge in from it swimming, fishing, skiing, boating or simply relaxing on the beach.

Be sure to visit Indian Lake, Hendersonville, where you will find tons to do, with a complex lined with shops and restaurants that offer plenty of fun activities. Nashville’s Centennial Park is home to Tennessee’s own full-scale replica of the Greek Pantheon, designed and built by architect William Crawford Smith in 1897.

Brentwood is an affluent suburb of Nashville and is unsurprisingly one of the best places to live in Tennessee and the United States as well. The city is home to the headquarters of prominent employers such as LBMC and EMI Christian Music Group. 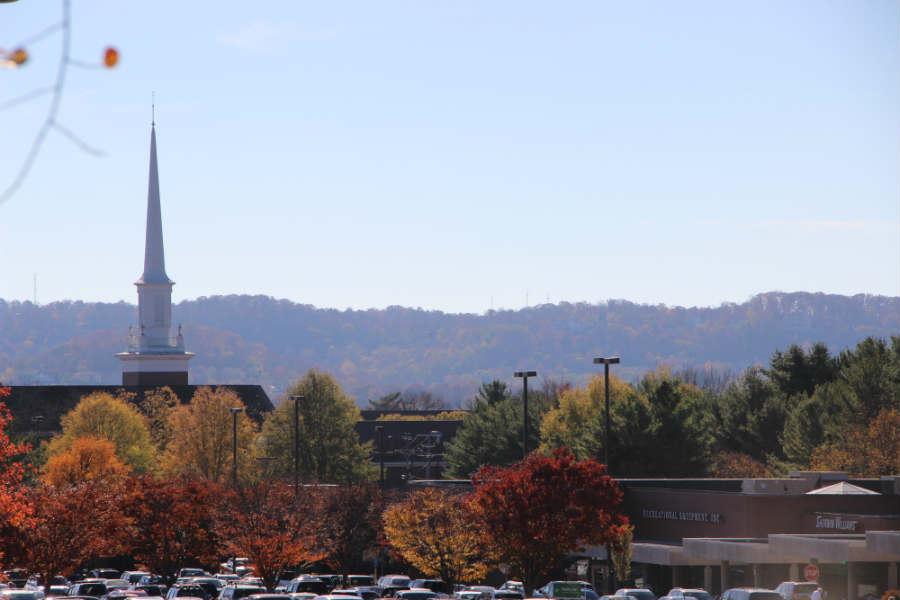 Compared to other suburbs such as Spring Hill, the local housing market in Brentwood is a little pricier but not the most expensive in Tennessee. Living in Brentwood does come with both a reputation and a hefty price tag.

If you choose to relocate to Brentwood, there’s a fair chance you could become neighbors with a celebrity. Keith Urban, Sheryl Crow, and Taylor Swift are known to live in Brentwood due to the short distance to Nashville. Brentwood has an estimated population of just over 42,000 people. The median household income is nearly $159,000 with a median home value of approximately $602,000.

Renowned for its great school system and a well-stocked public library, education, like most amenities in Brentwood, is top-notch. Both public and private schools in the area have a long-standing reputation of excellence.

Brentwood High School was rated as the best comprehensive high school in the state of Tennessee while Brentwood Middle School is ranked as a top 3 middle school. The city has about 23 colleges, which include 20 private colleges and universities, 1 public university, and 2 community colleges that offer 2-year degrees.

One of the richest small cities in America, Brentwood is clean, safe, and nurtures a sense of a close-knit community. The small city has numerous parks, hundreds of acres of open fields, hiking, and biking trails, lush green scenery, and rolling hills that offer unending adventure. The area’s convenient proximity to the big city allows easy access to the Nashville International Airport and a walkable downtown area.

Although Memphis is the largest urban center in Tennessee, the city retains a small-town atmosphere that fosters a close-knit sense of community. This makes an attractive place for families to settle and live in Tennessee. The area is punctuated by historical districts, scenic views of the mighty Mississippi River, and memorials dedicated to cultural legends Dr. Martin Luther King, Jr, Elvis Presley, and more.

At every turn, Memphis permeates with the authentic culture of the Deep South. 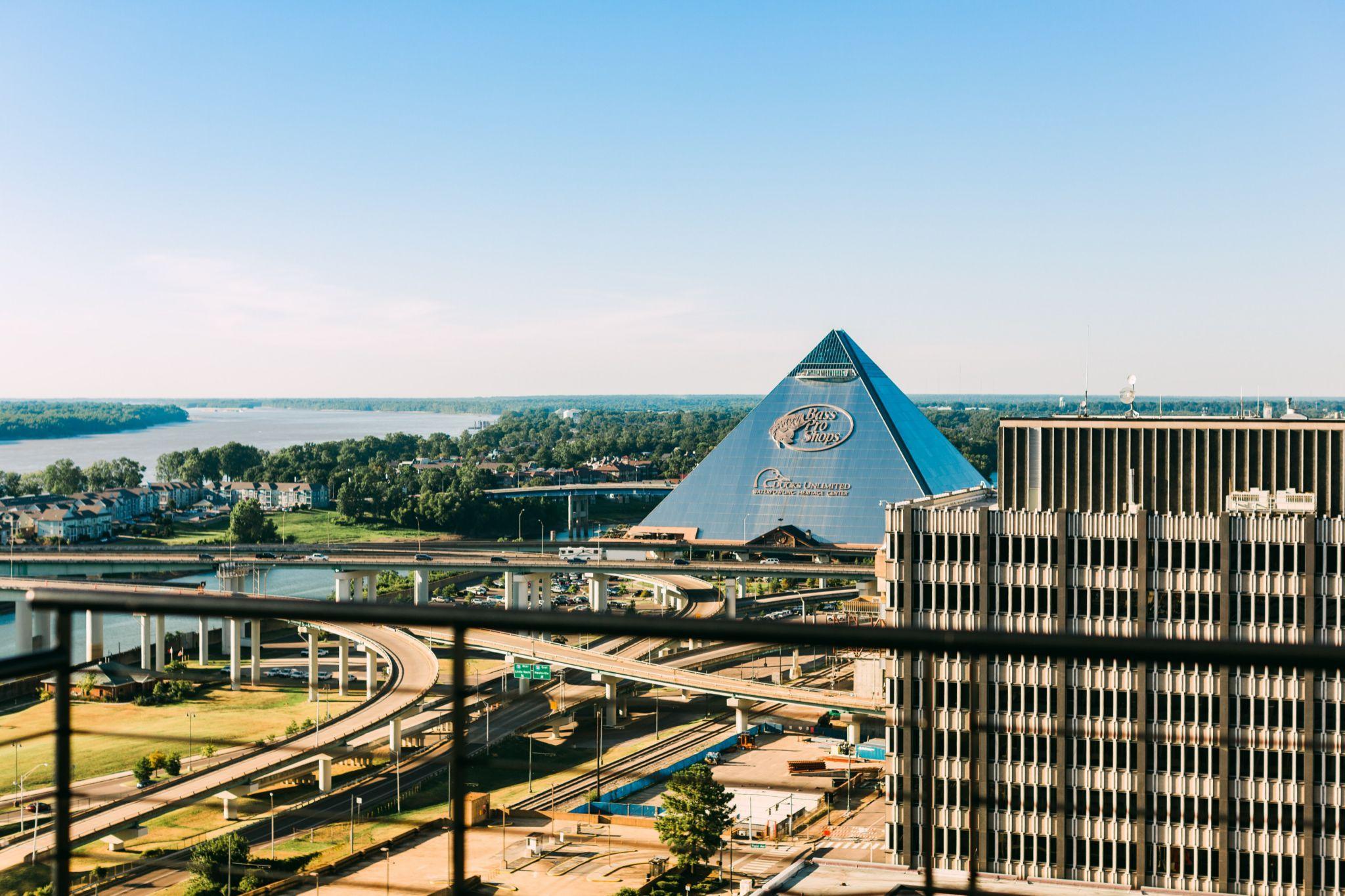 The city has a rich music scene that attracts young blood looking to jumpstart their careers or switch things up. The median home cost is $123,800 while median rental fees for a small family home per month range between $700 and $1680. The low cost of living is a huge draw to many seeking to call the city home.

The crime rates in Memphis are comparable to what one would expect from big cities of its size; nothing too alarming, although it could be better.

The city of Memphis is home to a number of public and private learning institutions. The metropolitan area is presently served by the Shelby County Schools system that also includes the surrounding suburbs. There are a number of private high schools and some are affiliated with religious organizations.

Memphis is a sultry, soulful, and beautiful place on the banks of the Mississippi River along the border of Arkansas. Memphis has a rich history, from the antebellum cotton-trading days to its destruction and reconstruction, as well as the epidemics (yellow fever) of 1855, 1867, and 1873.

The city is located in Washington County, on the eastern part of Tennessee, a short distance from Kingsport Sullivan County. The area is surrounded by stunning 360 views of the Blue Ridge Mountains and is situated east of the Great Smokey Mountains. The city offers all the amenities of a big city but with a hometown feel making it one of the best cities in Tennessee.

Johnson city is home to Mountain Dew, as well as other prominent employers that offer job opportunities to residents.

The city is part of the Tri-Cities region, adjacent to Kingsport, and Bristol, which is located a few miles from the Virginia state line. The area is one of the best places to live in Tennessee in part thanks to its low cost of living and beautiful location near the Great Smokey Mountains National Park.

Needless to say, the views are breathtaking and clearly visible your own porch or patio. Housing costs are quite affordable, ranging from $686 (for rent) and $153,800 (for purchase).

The East Tennessee State University is based in the area and is home to approximately 14,500 students. The Johnson City School System is made up of 11 schools and more than 7,000 students. The schools here have consistently posted excellent grades in state and national averages for ACT, SAT, test scores.

There are numerous national parks and outdoor recreation opportunities that await you just minutes from the heart of the city. The Tweetsie Trail is a 10-mile hiking and biking trail that links the city to Elizabethton. There are more than five national parks and green spaces in the area and easy access to the Great Smoky Mountains for a quick getaway.

Murfreesboro is an upcoming town that is an ideal place for families and young professionals to live in Tennessee. The town has a population of approximately 118,000 people that call Murfreesboro home. Its roots in Southern history also make it a popular tourist attraction thanks to several of its Civil War-era sites.

As an added perk, the low cost of living is enticingly attractive, with rent averaging $876 a month while properties are priced at $181,900 for single-family homes.

Local schools within the Murfreesboro city limits have been ranked 23rd best in the United States. Home to two award-winning school systems, the largest undergraduate university in Tennessee and a wide array of professional and technical education offerings. It’s the fifth largest district in the state, behind those in Memphis, Nashville, Knoxville and Chattanooga.

The Civil War has remained one of the most significant events not only in the state of Tennessee but in United States history as well. The city is a proud host to countless monuments and historical sites that tell of America’s freedom struggle and remembrance of lives laid down for the same. Places to visit include;

Oak Ridge was built by the federal government back in the 1940s as part of the Manhattan Project. The city has a population of 29,300. 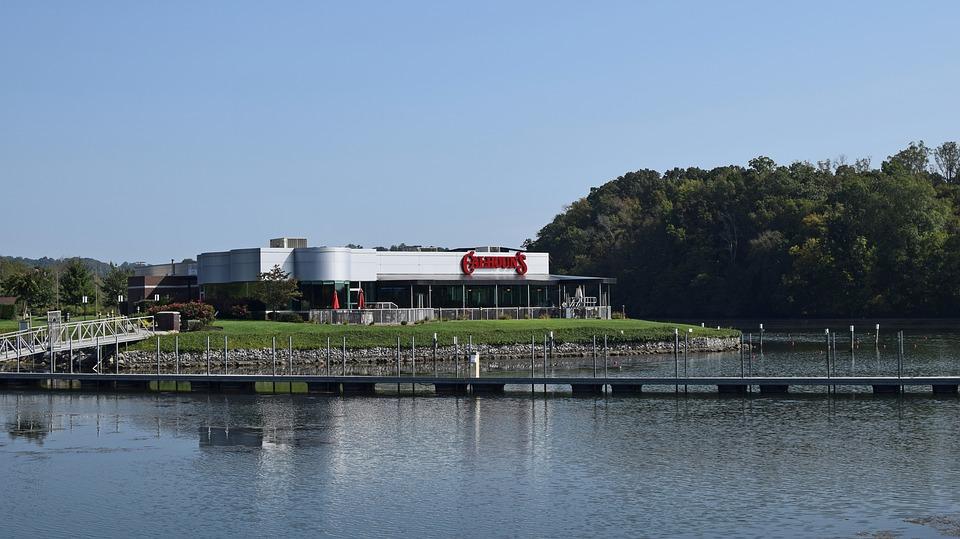 Oak Ridge, Anderson County and is among the best places to live in Tennessee, and for a good reason. Living in Oak Ridge is relatively cheap. In fact, the cost of living in Oak Ridge is 26.4% cheaper compared to Spring Hill, Tennessee. The median home value is $155,800 while rental costs will set you back $806 a month.

The Oak Ridge School District was ranked first in the state of Tennessee in 2019, after being rated third best in 2018 and top district in 2017. The area is home to about 8 colleges that including four private colleges and universities, 1 public university, and 3 community colleges that offer 2-year degrees.

Oak ridge is among the top places to visit in East Tennessee. You can explore the Manhattan Project National Historical Park established in 2015. The American Museum of Science and Energy offers some of the most interactive science and engineering exhibits that should keep you interested and engaged.