For Millennials, finding a place to settle in after college poses a big challenge. While areas such as New York, Boston, and San Francisco make up the list of big cities young professionals want to live in, the cost of living in these areas is sky-high and far beyond the median earnings of most young adults.

This is why young professionals need to prioritize other smaller cities that deliver as much fun as their “dream big cities” without emptying their wallets.

Here are our top 10 best picks of exceptional cities for young professionals to live, work, and play.

What are the Best Places to Live for Young Professionals? Let’s start by looking at one of the big cities in the United States. Seattle, popularly called the “emerald city,” boasts of a total population of 776,555 residents spread around 100 streets. Hence, there’s a place to call home for people of all ages in Seattle.

In terms of affordability, the cost of living is relatively high in the city. When it comes to renting, the housing market in the town is quite competitive and double the rate of the national average in the U.S. However, the booming job market in the city counterbalances expenses. Seattle has become a central tech hub, and brands such as Microsoft and Amazon have found a home in the town. Hence, providing several career opportunities in tech for graduates of all ages.

Young professionals will find solace in the city’s public transport system as there are many transit options, including streetcars, light rails, bus lines, and bike-sharing. With many choices available, moving across town should be swift and stress-free.

Also, the town is a crossroad of fun and entertainment. Many young professionals can cool off over the weekend by visiting popular city centers such as the Seattle art Museum, Woodland Park Zoo or getting their supplies from local stores around Capitol hill, where they get to interact with the locals. 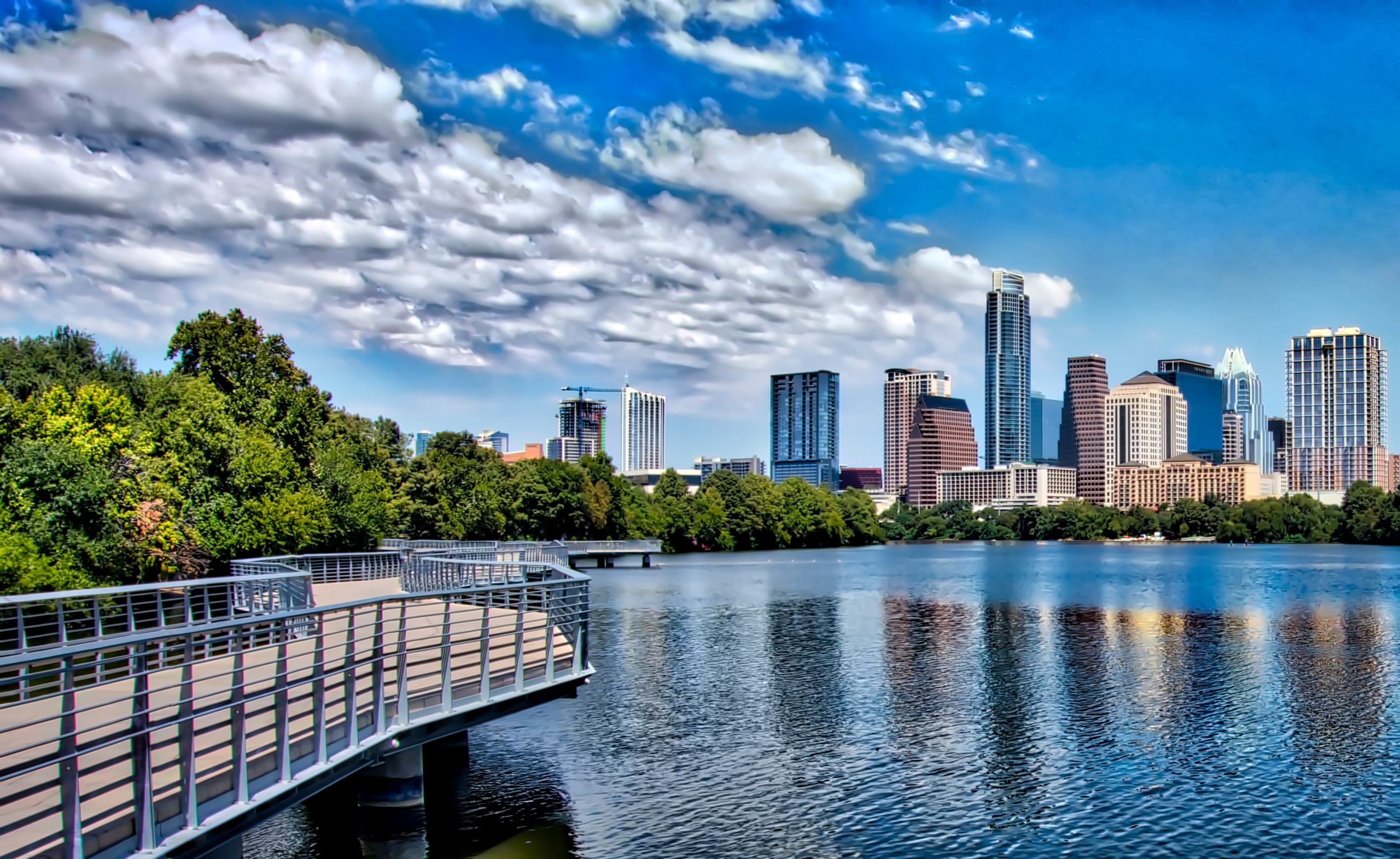 Popularly called “the Moscow on the Colorado,” Austin, Texas, presents many career opportunities for young professionals aged 20 – 29. The city is a mix of youthfulness and houses several major employers from big tech start-ups. The list includes Google, IBM, Intel, and Facebook, now known as Metaverse. Allenjoy of which makes up a large chunk of their labor force and impressive full-time workers earnings of over $100,000.

Although the cost of living in Austin has continued to rise in recent years, its diverse lifestyle makes it one of the best cities for young professionals to raise a family. With current data indicating over 300 parks and 18,714 acres of green spaces around the city, A vast percentage of the town is surrounded by mother nature, making it perfect for outdoor pursuits.

Meanwhile, Austin has some of the best nightlife in America for the fun lover. You can search through their list of cocktail lounges, cowboy bars, and live music venues. And if you enjoy eating out, Austin restaurants have some exciting menus for you as well.

In terms of rent, you can expect to save extra bucks by going for low-cost housing under $1,000. 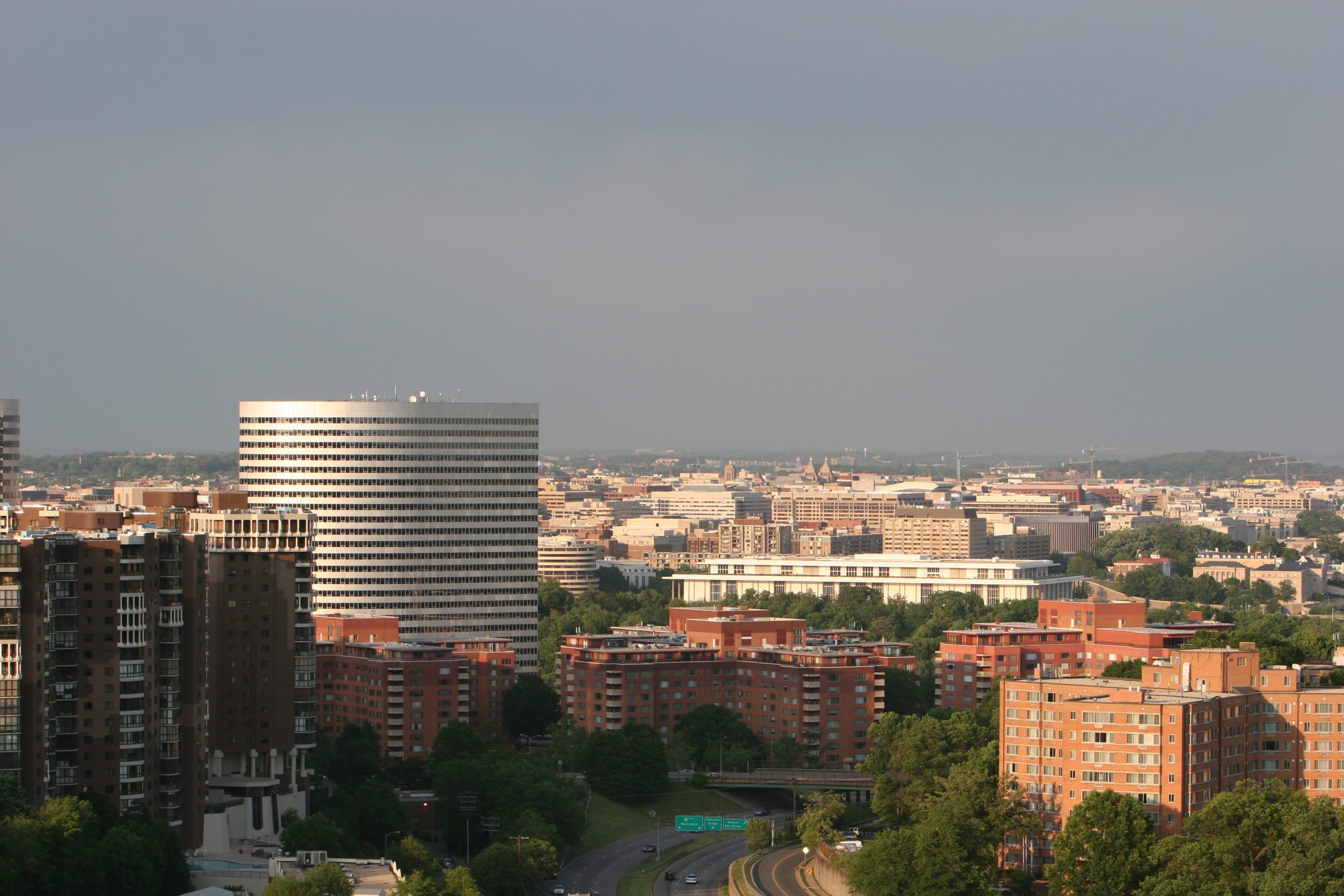 Arlington offers the closest experience to living in big cities like DC,  Los Angeles, or Boston. This is why a large percentage of young professionals decide to start here. The most appealing part of living in this area is its proximity to Washington DC.

For those who wish to start small in a new city, you will be disappointed by the lack of affordable housing in this area. The price range of 2-bedroom apartments in the area is $1000 – $2,500. However, you can be sure to benefit from the city’s low unemployment rate, which guarantees job opportunities from industries such as retail, healthcare, manufacturing, oil & gas and mining,

There are a lot of corners to explore in the town. Drinking spots such as Crafthouse, Pentagon, and Screwtop offer the best of the city’s wine, while locations such as the Mount Vernon Trail offer live music and comedy acts to take their mind off the city’s hustle and bustle. 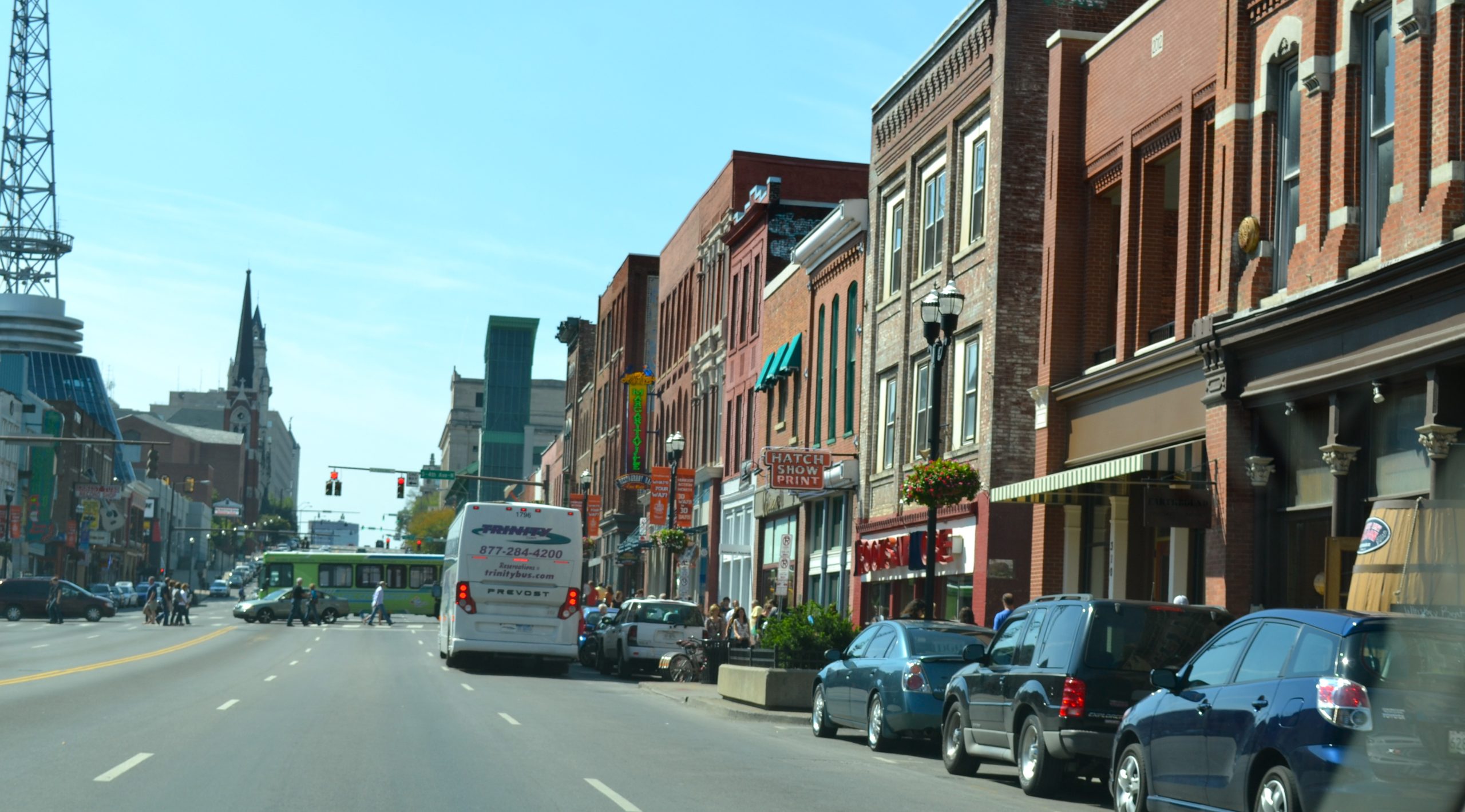 Nashville is known for its rich blend of music and explosive street life. Population data reveals that the area is home to over 600,000 people, and an estimated 95 people move into the town daily. The city appeals to young professionals because of its booming growth rate, which offers decent job opportunities and a low cost of living. Nashville presents the chance of living in a big city for a small price.

In the past, Nashville was perceived as one of the best places for people who want to build a career in music, but that has changed in recent times. Its highest labor force participation rate comes from tech and healthcare jobs that offer full-time workers earnings of $50,000 annually.

Meanwhile, we can’t round this up without talking about the social life in Nashville. The city has a lot of attractions, and the green spaces serve as a perfect place for taking long walks. No long search is needed to find a place to cool off as It’s common to see bars scattered around the city center, but the city’s greatest attraction is the Country music hall of fame. Denver was ranked among Wall Street Journal’s top 10 final rankings for the hottest market in the US back in 2020, beating the likes of San Francisco and Seattle to 3rd place. It provides a perfect earning opportunity for recent graduates and young professionals looking to change their career paths. With median earnings of $56,000, they offer higher than the national average, and there’s no shortage of industries to work in.

Denver remains one of the hottest cities for big and small businesses in telecommunication, Healthcare, and finance. With a reliable public transport system that runs across the city, it’s easy to move around without a car as most early commutes start from as low as $3. The cost of living in the city is relatively low and better than in areas like New York.

Winter in Denver is as impressive as the summer as there’s no shortage of fun for young adults. The city is a favorite spot for rock climbing. It boasts of large mountains over 14,000 feet, and residents can treat themselves to the local taste of Denver Cuisines. 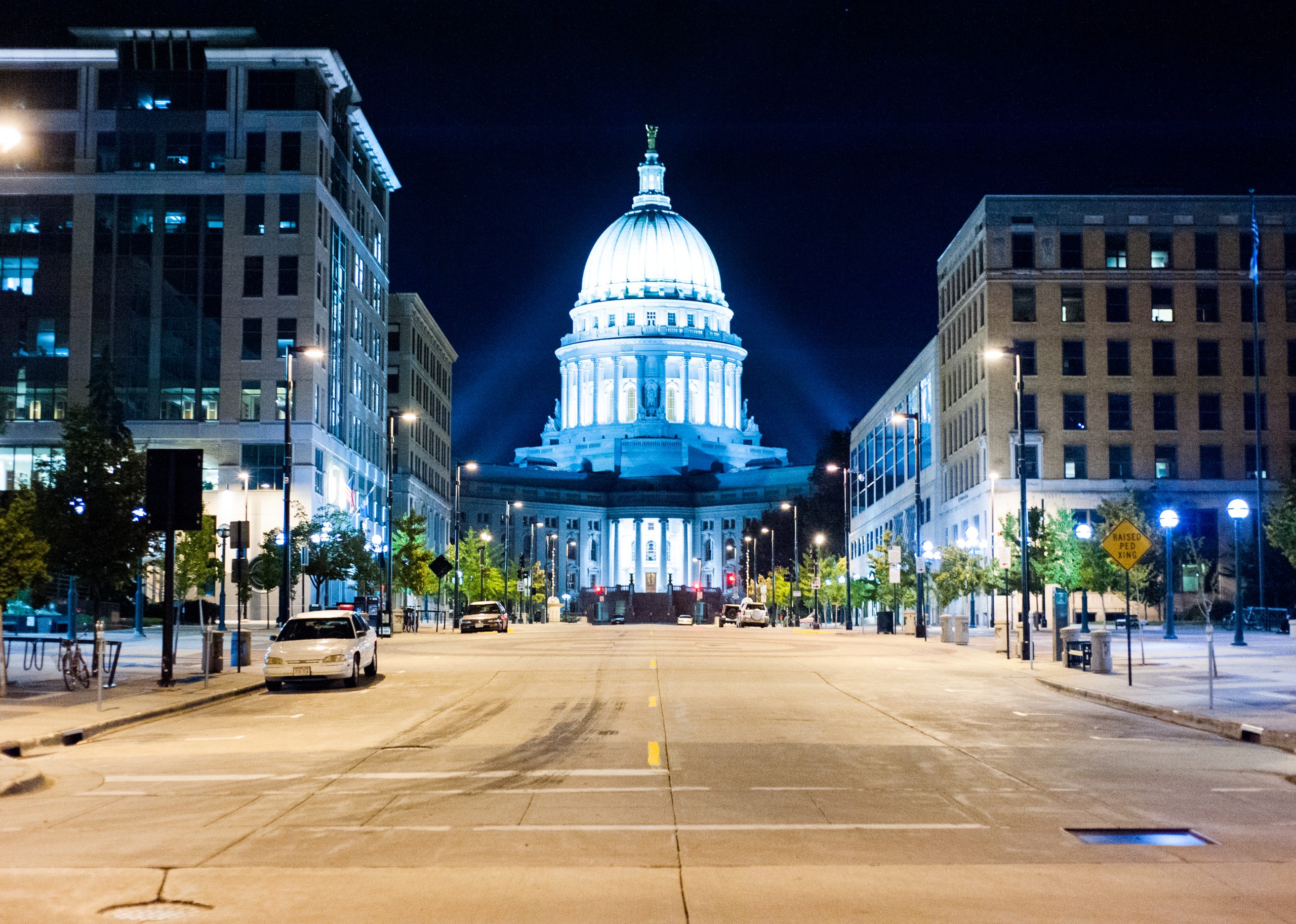 Just like Seattle, Madison has over 100 neighborhoods that are sparsely populated. The city is home to the famous University of Wisconsin; hence, it’s only natural for fresh college graduates to settle in the area at the end of their academic pursuits.

Meanwhile, one of Madison’s best aspects of living is the rich collection of city foods from world-renowned chefs and restaurants – both local and international. Back in 2019, Forbes listed Omaha as one of the top 5 destinations for Millennials on their website. The big median salary opportunity in the city provides a bright light for fresh college grads looking to launch their career. The town is one of the best cities for young professionals in the US that has maintained a low unemployment rate for several years.

Compared to other areas, Omaha has one of the highest full-time workers earning opportunities. While the area is far from becoming a major tech hub, a large percentage of their labor force participation rate comes from the health and service sector.

Residents of Omaha have their share of outdoor activities. The Bob Kerry Pedestrian bridge, for instance, provides several miles of hiking and biking. And for recent grads who want a share of the good life,  Omaha offers a numerous variety of beers. There are several festivals dedicated to beverages all year round. 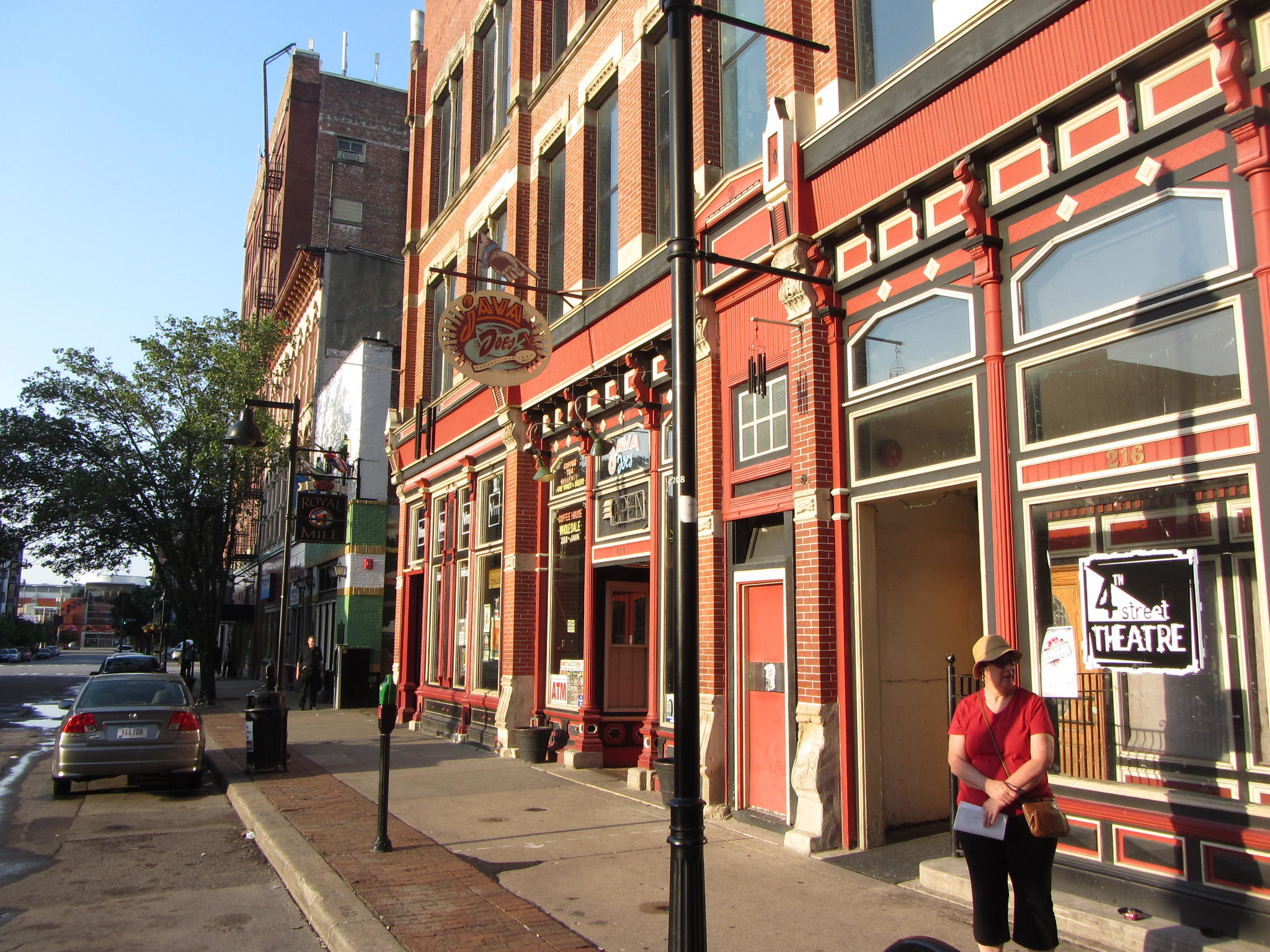 Iowa might not sound like an ideal location for professionals at the highest level, but it has become a hub for fun-loving young professionals. Despite serving as a home to 550,000 people, Des Moines is one of the affordable cities in the US. Meanwhile, the area serves as a home for some of the biggest companies in the United States, with a large portion of the labor force participation rate coming from the health and insurance sector.

Even though the cost of living in the city is higher than in other parts of Iowa, housing expenses in the area are less than the national average. Even better, there are tons of connection points around the city that make it incredibly easy to access significant spots around the city.

The thing about the town is that a large percentage of its labor force participation rate is dominated by young adults within the ages of 25- 34; hence, it’s easy to feel at home on your first visit to the city. 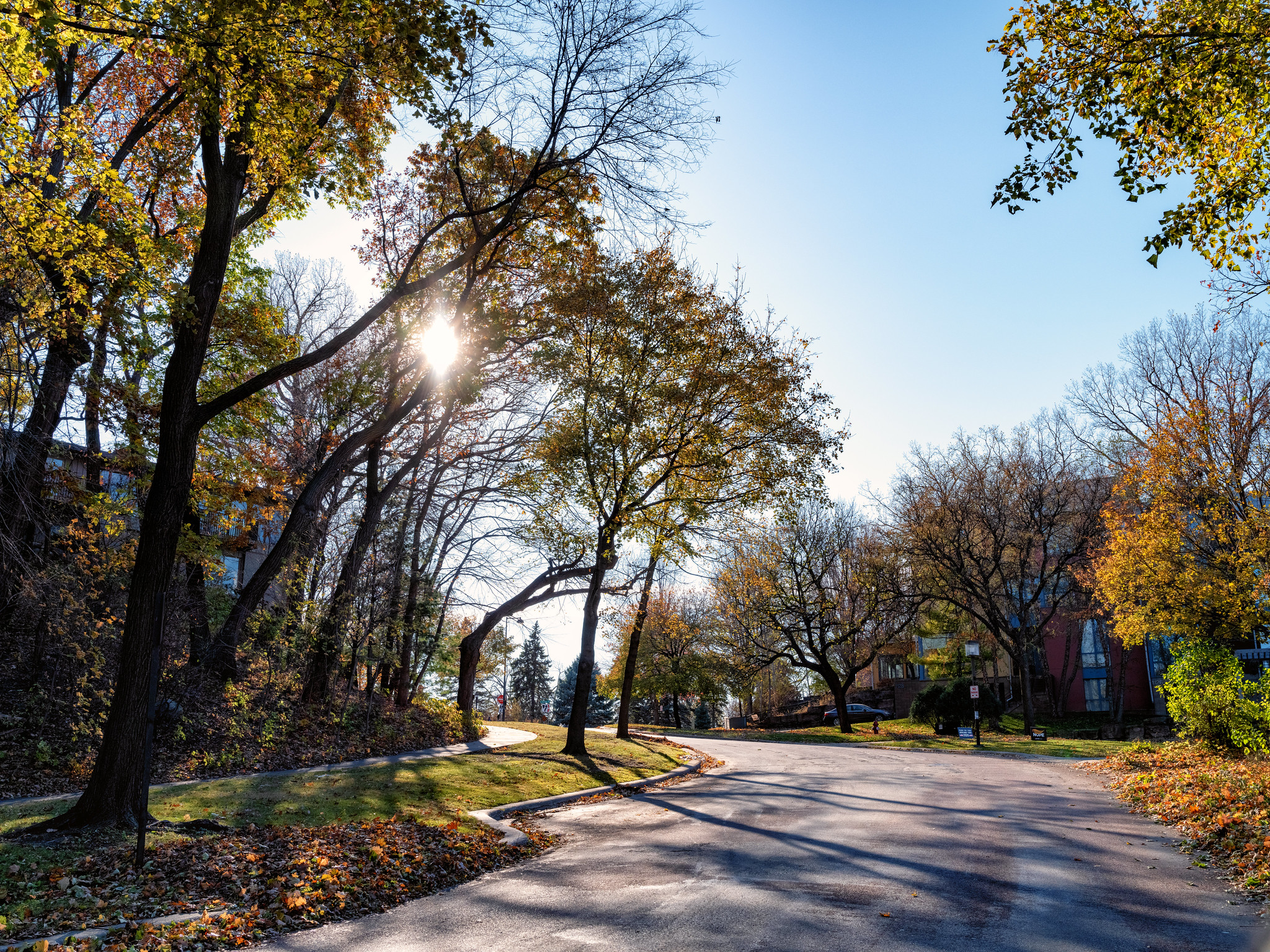 Minneapolis is an affordable city in the US famous for its unique collection of breweries and restaurants. The town has a 4.5% unemployment rate, and data from SmartAsset suggest young professionals account for 90.5% of their labor force Population rate.

While Rent in Minneapolis might be on a high, the abundance of working opportunities means new residents can spend just 22.7% of their full-time worker’s earnings on housing. Some of the areas in the town populated by young professionals include Linden Hills, Loring Park, and Uptown, among a host of others.

Loring Park, in particular, serves as a perfect option for young professionals who favor low-cost housing options in a big city. The neighborhood is 99% safer than other areas in the town and provides a convenient shopping experience for homeowners. Sioux Falls is ranked as one of the best cities for young professionals to live in by SmartAsset. It’s the best city for foreign immigrants and fresh undergraduates. With a total population of barely 200,000 and a low unemployment rate of 1.90%, it serves as a perfect ground for young people searching for greener pastures.

Sioux falls is also a low-budget neighborhood compared to other big cities like San Francisco. Its low cost of living means it appeals to people who want to make more money, have fun and also live cheaply at the same time. Although it offers less job diversity, you will find many opportunities in retail trade, health services, educational service, and social assistance.

As of 2018, business insiders reported that Sioux Falls residents only spend 23% of their full-time worker earnings on rent, which still holds through today as the median rent stands at $820.Meanwhile, Sioux Falls will appeal to adventure peeps with the perfect wildlife scenery. Little wonder why its residents enjoy skiing and rock climbing during the weekend.

It’s difficult to narrow our options down to any of the unique selections above. And that’s because there are factors that determine the best cities for young professionals to live in. A large percentage of young professionals who want to thrive in their jobs consider factors such as safety, cost of living, gross median earnings, labor force participation rate, and job opportunities when searching for a new city to settle in. We believe these criteria should be the primary influence on your decision.

In terms of Accommodation, data from real estate sites should inform you of the competitive nature of housing where you intend to live.